The National Restaurant Association announces the second annual regional Star of the Bar Market Challenges, featuring six city competitions leading up to the main event on May 22 in Chicago: the Star of the Bar finals at BAR (Beverage Alcohol for Restaurants) at the 2016 National Restaurant Association Restaurant, Hotel-Motel Show. These competitions identify semifinalists in Chicago, New York, San Francisco, and San Diego, with new star mixologist searches in Charleston and at the New England Food Show in Boston. 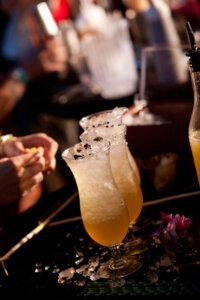 The two-hour live, regional competitions are judged by a panel of three industry experts including a media guest, a Jägermeister representative, and a United States Bartenders’ Guild member. For the challenge, bartenders from each market craft a cocktail using Jägermeister, exclusively imported and distributed in the U.S. by Star of the Bar sponsor Sidney Frank Importing Company, the number two selling imported liqueur in the U.S. and one of the leading brands in the world. Cocktails are evaluated based on flavor, originality, presentation, and creative use of Jägermeister. Additionally, judging is based on the following criteria: 25 percent technical skills, 50 percent taste, and 25 percent sales appeal.

Winners in each regional competition receive an all-expenses-paid trip to Chicago to participate in the National Finals. The most talented mixologist contestant who wins the finals is awarded a $5,000 prize and the coveted title of Star of the Bar 2016. To enter, contestants can fill out an online submission form either ahead of the live qualifying event, or in-person on-site. Winners will be declared at the conclusion of each qualifying event.

Additionally, Jon Taffer, Executive Producer and Host of Spike TV’s highest-rated show, Bar Rescue, is emceeing the final competition on May 22. For the first time at BAR at the NRA Show, Taffer partners with the National Restaurant Association to lend his experience and subject matter expertise to the NRA’s two key beverage alcohol-related products: ServSafe Alcohol and BAR at NRA Show.

The Star of the Bar competition aims to elevate local talent from six regional markets, selecting one mixologist in each location to represent their city in the finals at the annual trade show. The complete list of dates and market challenge locations are as follows: