With a menu from James Beard Award Winning Chef Arun Sampanthavivat (also of Arun’s) and Chef de Cuisine Joe Sukjam, it’s no surprise that Taste of Thai Town, celebrating its first year in business, touts the best, and most authentic Thai cuisine that I’ve had the privilege of sampling. While I generally try to avoid the need to be rolled out of a restaurant following a tasting, it was almost impossible for me to stop eating at Taste of Thai Town (I blame the extremely attentive staff, who made sure there was never an empty plate, and of course the absolutely delicious food!) 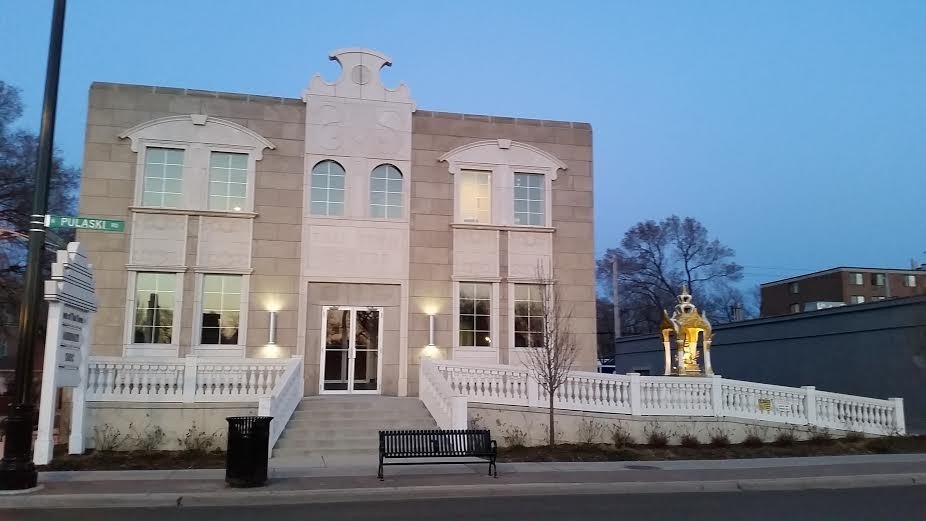 Here’s the highlight reel of what I ate:

We started off this culinary journey with Tord Mun Pla aka Thai Fish Cakes (#5 on the menu – Thai fish cakes made with string beans and kefir lime leaves.) The appetizer dish was the perfect size, comprised of four cakes. The fish cakes were light, but packed a load of flavor in each bite, and were a perfect indication of how the meal was going to continue – scrumptiously.

Following the Tord Mun Pla, we were served another four piece appetizer, Pastry Cup Stuffed with Shrimp and Pork (soon to arrive on their new menu.) These were each bite-sized and definitely did not skimp on the shrimp, which were the undeniable star of the dish. 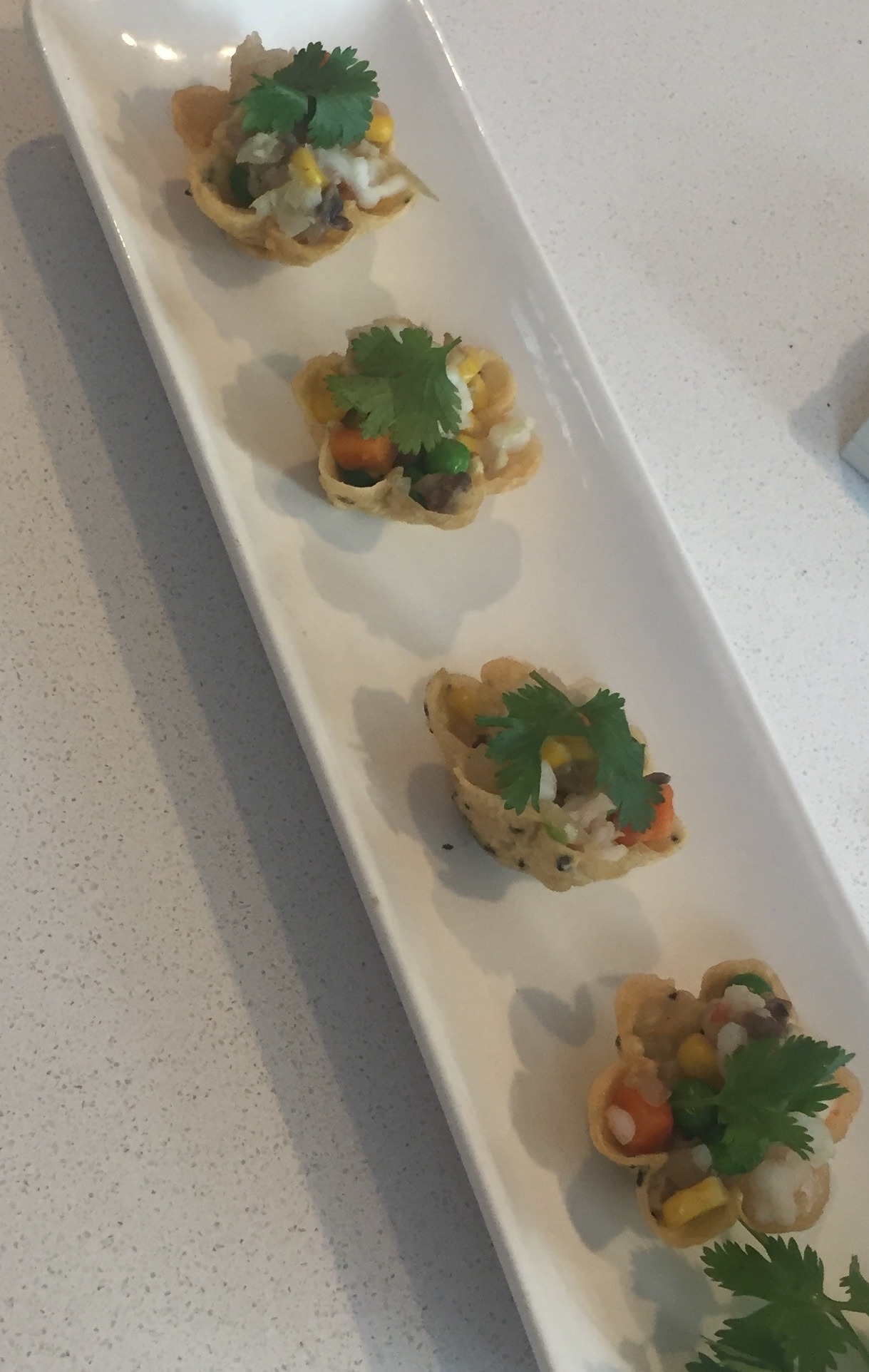 Next up was the first main dish offering, the Phad Thai Ho Khai (#29 on the menu, a classic Thai rice noodle dish, stir-fried with shrimp, turnips, tofu with a tamarind sauce, presented in an egg wrap.) Pad Thai is my go-to Thai dish (check my grubhub history for an inordinate amount of evidence.) However, this dish may have single-handedly ruined every other contender for me. The flavors were balanced so beautifully, the dish was devoid of excess oil, which I tend to run into, and the egg wrap held in the heat of the dish while providing an extra consistency. TRY THIS DISH. 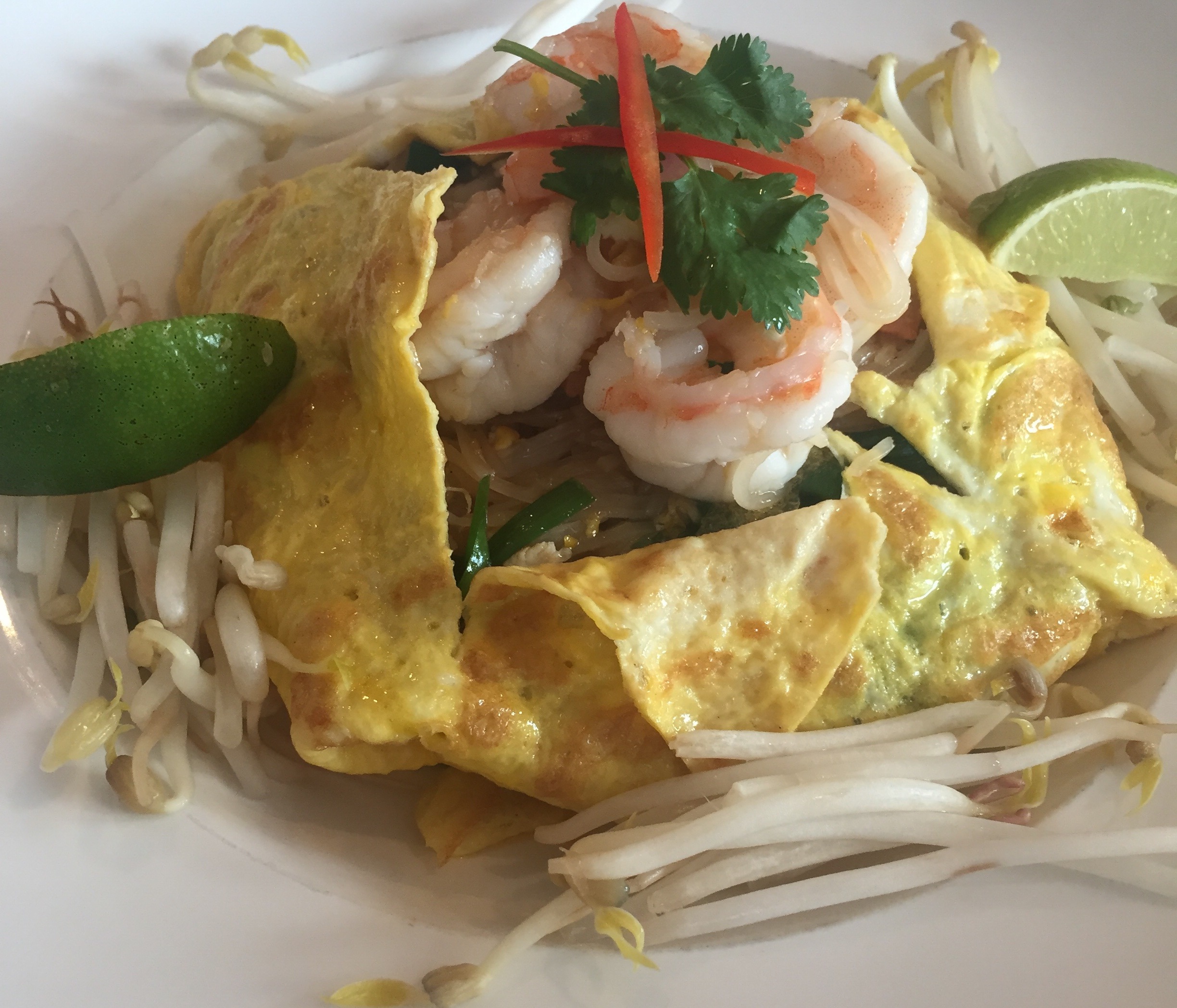 After the Phad Thai dish was practically licked clean, they brought out the Seafood Tom Yum Soup (#12 on the menu, Thai-style hot and sour soup with mushroom, lemongrass, galangal [galangal is from the ginger family and carries many similar traits…in case you were wondering. I know I was. Thanks, Google!]) The soup packed some heat, and some unique flavor. It took a few spoonfuls to wrap my head around them, but by the fourth bite I was hooked! A really cool aspect of ordering the soup was that it was brought out in a heating dish with a fire burning in the base to keep it warm. 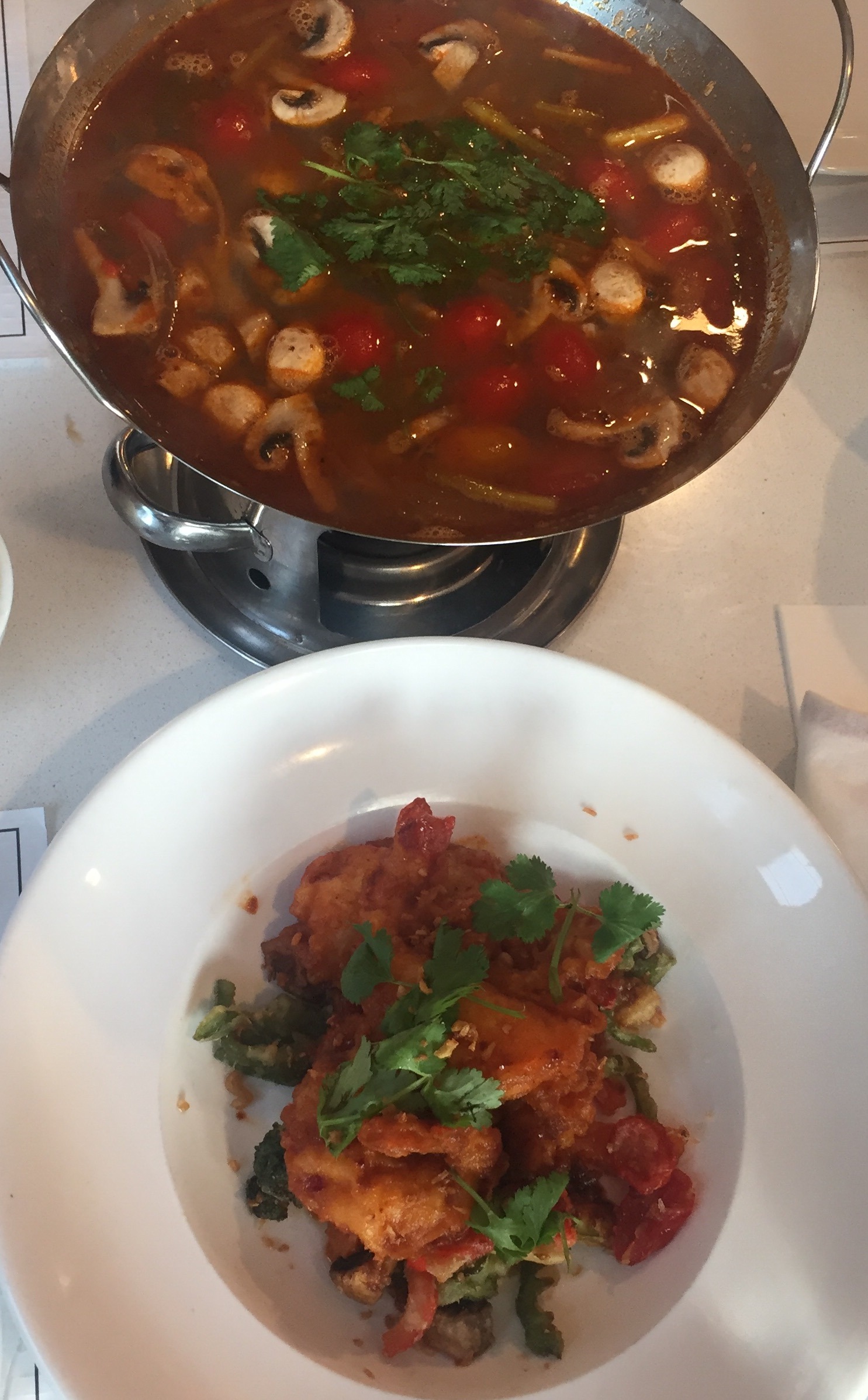 Despite me losing the ability to breathe due to the fullness of my stomach, the near empty soup dish was quickly replaced with Goong Kratiam aka Garlic River Prawn (This dish was on their specials menu, sautéed river prawns with shrimp fat, chili oil and fresh garlic.) The prawns were huge and prepared beautifully with the chili oil packing quite some kick.

One of my many rules to live by: Never turn down dessert. Now, despite that rule, I tend to stick with tried and true favorites in this category. However, Taste of Thai Town forced me out of my sweet safety zone when they served Bua Loy aka Taro Dumplings (Also on a specials menu, Taro dumplings and tapioca pearls covered in a sweet coconut milk.) The unfamiliar lavender colored cubes within the milky white substance gave me dessert panic, but I pushed through and put a hearty spoonful into my mouth. *Swoon* It was absolutely amazing. The sweetness came primarily from the coconut milk, while the almost gummy consistency of the taro and tapioca were a highly enjoyable texture.

Now, if you saw the exterior photo and happened to think, “That doesn’t look like your average cookie-cutter restaurant,” you would be 100% right! Taste of Thai Town’s building history and décor are almost as noteworthy as the food. Formerly a police station, built in 1938, the team behind Taste of Thai Town has repurposed the unique space in a most unexpected and enjoyable manner. On the west side of the building a large hindu shrine welcomes guests entering from the parking lot. Once inside, the interior is brightly colored and adorned with minimalist Thai décor. The motif is meant to be a nod to King Rama V, who considered himself a food connoisseur & was also the first of Thai royalty to have traveled out of the country – fitting for a restaurant boasting an authentically Thai menu, in America!

Disclaimer: I was invited to review the restaurant, but opinions are my own.