Monterey, California – February X, 2018 – Restaurant industry veteran Ted Balestreri, Chairman and CEO of the Cannery Row Company and co-owner of the Sardine Factory restaurant in Monterey, California was honored by the Italian Heritage Society at the Annual Honorees Dinner held at the Monterey Marriott on Friday, January 26th.

Since 2002, the Italian Heritage Society has recognized notable individuals connected to the Italian community at the Annual Honorees Dinner. The honorees are those whose contributions and achievements have enhanced and improved Monterey for all residents. They have made the community an even better place to live, earning them a place in local history. In addition to Balestreri, Italian Americans Erasmo Aiello, Marietta Marcuzzo Bain, and Rich Pepe were honored at the event.

Balestreri was introduced by friend and Former Secretary of Defense Leon Panetta who spoke about Balestreri’s humble beginnings, and his lifelong commitment and generous contributions to the restaurant and tourism industries.

Balestreri’s contributions to the foodservice industry have resulted in many awards including the National Restaurant Association’s Inaugural Legends Award, the IFMA Gold Plate Award, The Ellis Island Medal of Honor, and induction into the Distinguished Restaurants of North America Hall of Fame. He received Restaurant Hospitality magazine’s Hall of Fame Award and the Golden Plate Award from the Academy of Achievement, a non-profit group dedicated to the education and inspiration of youth across the country. He was also voted one of the “50 Power Players in America” in the foodservice industry by top trade publication Nations Restaurant News.

His awards and achievements in the hospitality, business, and tourism industries are extensive, and include the prestigious Hall of Leaders Award given by the Travel Industry Association of America, as well as various humanitarian awards. 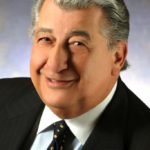