PETA launched the national campaign through New York–based Brite Media Group, which contracts with independent coffee shops across the country, and has plans to place the ads in more top dairy-producing states in June.

“Learning of the conditions under which cow’s milk is obtained leaves a sour taste in your mouth,” says PETA Vice President Dan Mathews. “That’s why so many consumers are ditching the dairy variety for coconut, almond, oat, hazelnut, and soy milks.”

Webster’s definition of milk includes “a food product produced from seeds or fruit that resembles and is used similarly to cow’s milk, such as coconut milk and soy milk.”

PETA—whose motto reads, in part, that “animals are not ours to eat”—notes that like humans, cows produce milk in order to nourish their own young. But on today’s factory farms, cows are artificially inseminated (raped by syringe) and calves are torn away from their loving mothers within a day of birth, causing both extreme distress. Mother cows sometimes wail for their calves for days after separation. Male calves are often locked up in veal crates, and females are sentenced to the same miserable fate as their mothers.
# 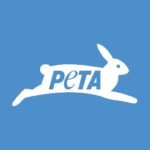 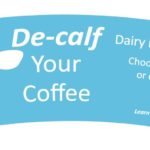