Restaurant industry veteran, Scott Thomas, has officially joined the Stonefire Grill family as Executive Vice President. In his new role, Thomas will be involved in every aspect of operations, from new restaurant site selection to where the salt and pepper shakers are placed on the tables.

“Bringing Scott to Stonefire Grill was an important strategic decision for us as we continue growing the brand throughout Southern California and beyond,” said Justin Lopez, Stonefire Grill CEO. “His experience, insights and vision are invaluable and we’re thrilled to not just have him join us, but also for the impact he will undoubtedly make.”

Thomas comes to Stonefire Grill from The Cheesecake Factory where he worked for 26 years, most recently as Senior Global Director of Operations. During his tenure, he led the opening of ten restaurants domestically and nine internationally. The initial foray of the brand’s first three international restaurants was in the Middle East. During this time, Thomas helped to develop systems and best practices for the brand’s global expansion. Thomas’ earlier industry years were spent with Hillstone Restaurant Group where Thomas worked with the Houston’s brand in Arizona, Texas and Southern California.

“I’m really looking forward to working with the Stonefire Grill team, building on the great operations they’ve created, and fine tuning and scaling the brand across the US,” said Thomas. “For me, it wasn’t only the opportunity to grow the brand from a business economics position, it was about the people!” He continued, “To have the chance to join a group with such a deep-rooted culture of taking care of people just made sense. Our core values aligned and that meant a lot to me.”

Thomas currently lives in Redondo Beach, California with his fiancé and growing family. Cooking, off-road adventures, three dogs and time with family fill every moment of his spare time.

ABOUT STONEFIRE GRILL:
Stonefire Grill was established by the Harrigan sisters in 2000 and quickly became an industry leader in fast-casual dining, a gathering place meant to bring its guests together. Inspired by family dinners where delicious food and spirited conversation are served nightly, all Stonefire menu items are meant to be shared; a robust takeout and catering business allow for the entire menu to be conveniently brought home or delivered directly to you. Locations include: Valencia, West Hills, Fountain Valley, Irvine, Chatsworth, Pasadena, Thousand Oaks, Lakewood, Rancho Cucamonga, Torrance, Ventura and Brea. For more information, visit www.stonefiregrill.com. 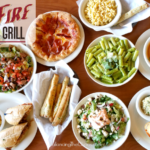 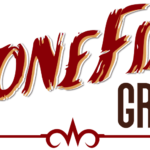